Ghosts of Ancient Egypt and the Valley of the Kings 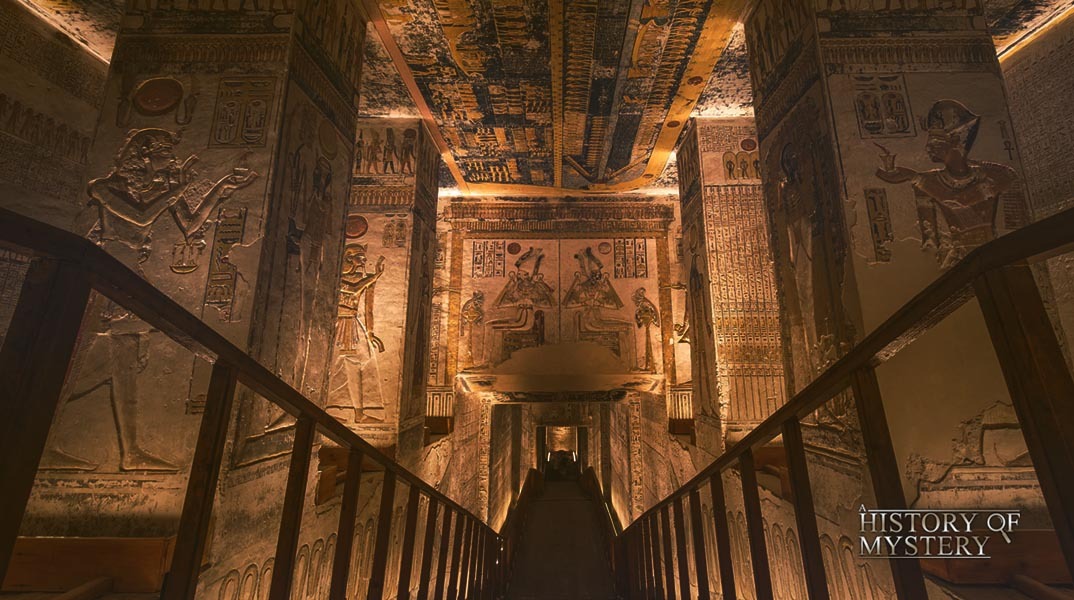 The Valley of the Kings sits on the west bank of the River Nile and is one of the most haunted places in Egypt with its ghost tombs and rich ancient history. Consisting of 63 known tombs in Luxor where Pharaohs were buried thousands of years ago and with the lore that they would curse their tombs to prevent anyone from stealing their riches, it’s no wonder the Valley of the Kings tombs are haunted.

The mummification process is already a good foundation for ghost stories, but when you couple that with the reports of unexplained paranormal phenomena over the years, it’s easy to see why this is one of the most underrated haunted places in the world. Archaeologists and visitors alike have seen unexplained shadows and ghosts of Egyptian Pharaohs, wandering near their tombs in their full attire.

People claim that upon the stroke of midnight, you can see the ghost of a Pharaoh riding a fiery chariot pulled by two black horses through the haunted Valley of the Kings wearing his full royal attire and golden headdress. No one knows for sure who he is, but most claim he was one of the ancient Pharaohs that was buried in the Valley. There are many different types of tombs in ancient Egypt, but the paranormal stories seen to be mainly attributed to a specific few.

The haunted Valley of the Kings tombs all contribute to the ghost stories, but one tomb stands out much more than any other, and that's King Tut's. One of the greatest discoveries to be made was the tomb of King Tut and this tomb could be the main cause of the land’s curse. Just a few days after the tomb was located and archaeologists surveyed the site, the dreaded ‘curse of the Pharaohs’ was unleashed. The archaeologist who made the discovery saw his pet bird killed by a snake, a creature that is symbolic to the ancient Pharaohs. He himself died within a few months of opening it, followed by all of Cairo’s lights going out. These events led many to belief that King Tut’s tomb was cursed and inspired many of the ghost stories that occur today.