Glamis Castle and the Ghost of Earl Beardie

Store / Glamis Castle and the Ghost of Earl Beardie

Glamis Castle and the Ghost of Earl Beardie (14th Century) 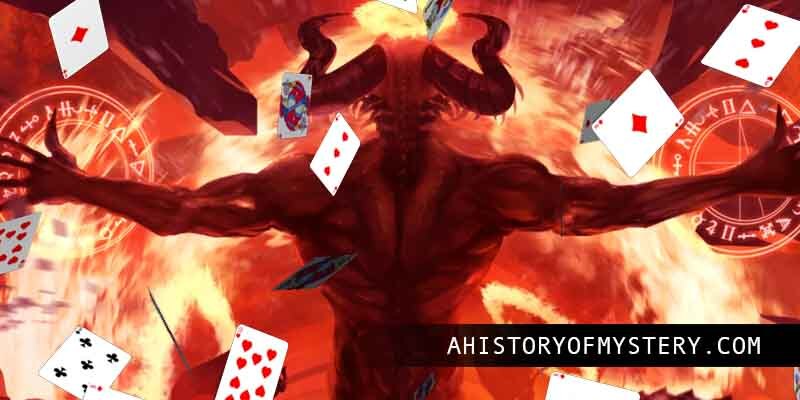 Glamis Castle in Scotland is home to the Grey Lady, the ghost of Earl Beardie and has an extremely rich history of ghost sightings and paranormal activity. Glamis Castle was built in the 14th Century and was the childhood home of Queen Elizabeth The Queen Mother. It’s protected as a category A building, but its reputation as a paranormal hotspot now exceeds its status as a building of national importance.

Even before construction was attempted on Hunter’s Hill, there was a supernatural presence. When builders came in to work on the construction of Glamis Castle each morning, they noticed the stones were broken and scattered. They’d rebuilt the walls, but each day it continued to happen. Eventually an unexplained voice spoke out and warned them, “build not on this enchanted spot, where man hath neither part nor lot, but build down in yonder bog, where it will neither shake nor shog!”

Ultimately, the warning was heeded and Glamis Castle was built on the flat terrain down the hill. After the castle was built, there were many events that led to making it one of the most haunted places in Scotland.

Known as Earl Beardie, his true identity is a bit of a mystery. He has been referred to as Alexander Lyon, 2nd Lord of Glamis as well as Alexander Lindsay, 4th Earl of Crawford. Though the latter is probably correct. Beardie was said to be a cruel man with a serious drinking and gambling problem, which paired well with his rude attitude.

He was playing cards one Saturday night with his friends at Glamis Castle. There was lots of shouting and swearing coming from the chamber room and was heard throughout the castle grounds. One of the servants came into the room and suggested they should stop gambling before midnight to not play into the Sabbath. The servant was met with Beardie shouting at them. This is where the story slightly differs slightly. In one version, Beardie’s friends left, but he wanted to play cards past midnight with no regard for the Sabbath and upon returning to his room he shouted “I would even play the devil himself” or something to that affect, in a drunken rage.

Another version states that the servant returned five minutes before the stroke of midnight and warned that Sabbath would start in five minutes, but the servant was met with another abusive roar from Beardie saying he would “play until doomsday” if he wished. Whichever version is true, it’s said that the castle bell rang to announce the stroke of midnight. Afterwards, there came a knock at the chamber door. It was a tall stranger dressed all in black who wanted to join the card game in the Glamis Castle chamber room. Whoever was present played until the early hours with the mysterious stranger. There was more shouting and swearing coming from the room, but being scared, and since the Beardie had already betrayed the Sabbath already, the servant didn’t interrupt again. Though, another version claims the servant looked through the keyhole and was blinded by a bright flash of light.

Following the dawn of the morning, the servant returned to see if Earl Beardie required anything, but when they opened the door, they saw Beardie still sat at the card table, engulfed in a ball of flame. The mysterious man was still there, but he was not burning to death. He was sneering in amusement. Suggestively, he was actually the devil. Some say Beardie gambled his soul away in the card game while others suggests his wish was granted and he would play cards until doomsday. Earl Beardie’s ghost is said to be one of the most present at Glamis Castle and it is still believed that there is a secret chamber somewhere on the ground where Beardie’s soul is playing card with the devil. Over the years, there were reports of children waking up in the middle of the night and seeing a shadowed figure standing over their beds. This is thought to be the ghost of Earl Beardie. 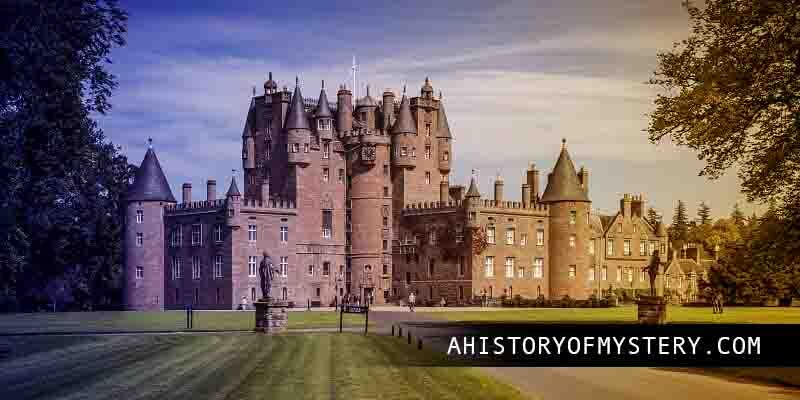 The Ghost of the Grey Lady

The Grey Lady of Glamis Castle, if she is indeed Lady Janet Douglas, was the sister of Archibald Douglas, the 6th Earl of Angus, who was responsible for imprisoning King James V at a young age. The 6th Earl was widely recognized as Scotland’s ruler during that time, but when King James escaped captivity in 1528, Archibald fled to England. King James hated Archibald as well as most associated with him, including Janet. When Janet’s husband died, James saw an opportunity and had the widow arrested for witchcraft. Around this time, witchcraft was considered capital crime. In 2020, a 350-year-old secret witchcraft book was published online that recorded the names of those suspected of witchcraft between 1658 and 1662, during the persecution of witches .

With the study of witchcraft being so serious, this resulted in Janet being burned at the stake, suggestively triggering the start of the hauntings and the spirit known as the Grey Lady of Glamis Castle. Reports from visitors and staff claim that they’ve seen the grey ghost wandering the eerie halls of the castle. Tour guides say that no matter who the visitors are, not a single person will sit in the Chapel chair, known as the ‘ghost chair’ that Lady Janet Douglas once used. With the dark history of her death from the false accusations of King James V, it’s not wonder her spirit still roams the halls of the Scottish marvel.

The Lady with no tongue

Another famous ghost of Glamis Castle is the lady with no tongue. It’s unclear who she is or what happened to her, but she has been frequently seen standing at a barred window in the castle as well as pointing to her wounded face and her lack of a tongue. Bloody MacKenzie’s poltergeist that haunts GreyFriar’s Kirkyard Graveyard has proven to be far more violent, and just literally a five minute walk from there you have the incredibly haunted Edinburgh Vaults. However, we would still consider Glamis Castl the most haunted place in Scotland.