After a decade of UFO and extra-terrestrial reports came flooding in, the government decided to create a section that would deal with such reports, named Project Blue Book. The organization ran from 1952 to 1969 when it concluded that there was nothing abnormal about the thousands of UFO reports they’d collected, analyzed and investigated. The closing of the section was due to the Condon report from 1968, a UFO research project at the University of Colorado that stated ”the study of UFOs was unlikely to yield major scientific discoveries”.

Project Blue Book was ordered to shut down in December of 1969 and the Air Force continue to provide the following summary of their investigations:

It’s understandable that out of thousands of UFO reports, none of them posed a threat to national security because, at least in public understanding, we have never been attacked by an extra-terrestrial craft of any kind, excluding the outrageous claims of alien abductions of course. 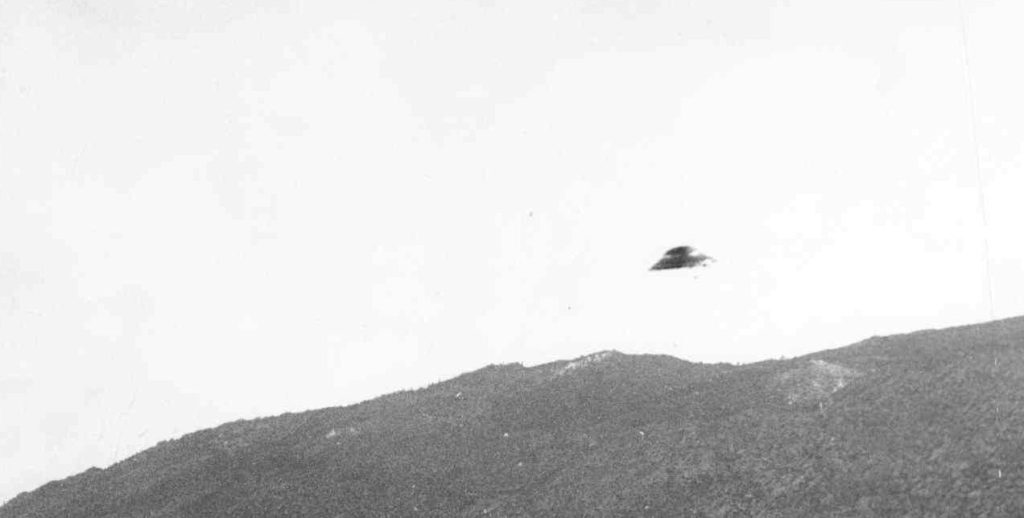 It seems that if any of the reports analyzed by Project Blue Book were in fact extra-terrestrial crafts, then they visited us with the intent of an observational mission instead of an attack mission. It’s extremely likely that with advanced technology, they could have done far more damage to us, than we could have to them, especially if the Great Los Angeles Air Raid was an extra-terrestrial craft that managed to stay completely immune to LA’s most powerful anti- aircraft weapons.

What is questionable is the fact that Project Blue Book claimed to have found nothing that could be categorized as an extra-terrestrial vehicle and the second part of their summary is conveniently worded like law, which could actually conceal the truth without directly telling a lie.

Let’s just give these three statements the benefit of the doubt say it was 100% honest. The first line is clear cut and basically said:

”No UFO reported was a threat to national security.”

Fine. But, why change the wording in the second part of the summary? Why couldn’t they have written:

”No UFO reported represented technological developments or principles beyond what we already have.”

It’s just strange how this could be the truth, but they still have a built in a back door which allows wiggle room for concealed truths.

Furthermore, just because human science and technology would not be at extra-terrestrial level of advances, that doesn’t mean that what they found wasn’t within the range of modern science ”knowledge”. We know a lot about light-speed, teleportation through Einstein’s theoretical wormholes, interstellar travel, harnessing energy to create electricity, the list goes on. All of these could be considered as ”knowledge”, even if we are decades or centuries away from achieving any of them.

The officials that researched the UFO reports would have known that if any of the thousands of reports were in fact an extra-terrestrial craft, they would have traveled millions and millions of miles to visit earth and shutting down an investigative project after just seventeen years doesn’t seem logical when it could take ten times that for a craft to get from their planet to ours. Oh, and there’s also the comment from Flight Chief James Penniston’s commander in the Rendlesham Forest incident, 28 years after Project Blue Book closed down.

It wouldn’t be difficult for the government to confirm the closing of Project Blue Book, but actually continue UFO and extra- terrestrial research in the shadows. It’s obvious, logical and understandable that governments have secret projects and technology, so why not this? It’s not beyond the realms of possibility that they found something, prompting them to release a statement saying the project was being shut down, but continue research into it.

Fun fact: From 1978-1979 a TV series named Project U.F.O was supposedly based on the Project Blue Book cases, but they claimed that some of the cases PBB concluded were actual extra-terrestrials.