Area 51 is a protected military base for secret technology and research, but has been linked to extra-terrestrials and suspected alien crash landings, specifically the Roswell event.

In July 1947, something strange happened in Roswell during a thunderstorm. The story of the event was publicized as a crashed weather balloon.

Leading UFO researcher Stanton Friedman came across the story in the early 1980s and began looking for information and witnesses. Friedman’s investigation also led to the discovery of many other military personnel who had information that could be added to this story about the Roswell incident.

On July 8, 1947, Lieutenant Colonel Walter Haut, who commanded the base under Colonel William, issued a press release essentially stating that they had a flying saucer in their possession. The next day, General Roger Ramey issued another press release, saying it was a weather balloon.

Television documentaries were made, books were written, skeptics refuted the incident, and the debate continued. As soon as it became public, the only known event of the Roswell UFO incident in the United States is that 70 years later, there are still more questions than answers.

Founded in the fall of 1991, the Roswell UFO Museum is one of the largest and most important UFO museums in North America. The museum was opened in the fall of 1992 and is the only museum of its kind in America with more than 100 full-time employees.

People from all over the world have seen what the UFO Museum has to offer, and the exhibits are intended to encourage visitors to ask questions and think outside the box. We have visited the museum twice ourselves. 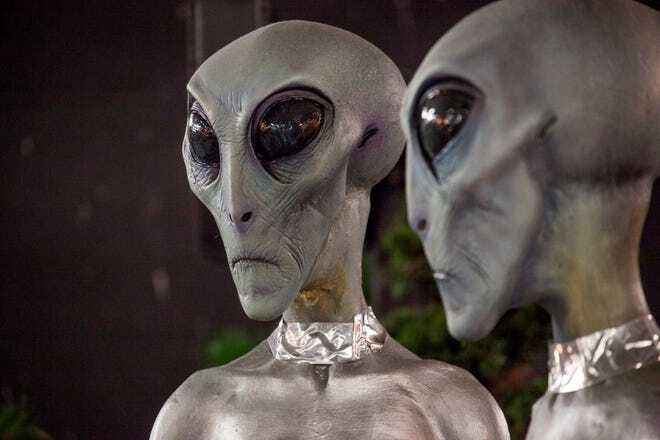 The friendly staff of the library is an excellent resource for authors, researchers and visitors looking for information, as well as for those interested in the history of the UFO phenomenon.

Following the Roswell UFO incident, many claim the military came and recovered two bodies from the crash site which were claimed to be of alien origin.

Suggestively they were taken to Nevada‘s secret Area 51 base and the military are still harboring an alien being there, but there’s no evidence to confirm either way, so the truth about what happened that day, if different from the official reports, is still unknown to us.