The Aztec UFO story was the first reported flying saucer crash site that got an audience and was the most well-known until the 1970s when the attention Roswell received from the UFO community dwarfed the Aztec incident and put it in the shadows. Now it’s probably not even in most of the top 10 lists of alien reports, despite it being considered an alien event long before Roswell was.

In March 1948, an alleged flying saucer crashed in Hart Canyon, 12 miles north of Aztec, New Mexico, USA. The story was first published by a reputable journalist, Frank Skully, in his Variety magazine columns which preceded his 1950 book, Behind the Flying Saucers.

Skully claimed that the craft was 99 feet in diameter and the measurements were all ”divisible by nine”. He also claimed there were sixteen humanoids on board the crashed craft which measured between 36 inches (91 cm) and 42 inches (110 cm) in height, and weigh around 40 pounds (18 kg).

The story came to him from two scientists, Silas M. Newton and Leo A. Gebaur, who claimed to have worked on the craft after it was recovered by the military. They claimed it was a ship from Venus that used ”magnetic principles”.

Science writer Martin Gardner criticized Skully’s story, being full of ”wild imaginings” and ” scientific howlers”, but that didn’t stop it getting nationwide attention.

From the crash date to the early 50s, Newton and Gebauer traveled through the city of Aztec, attempting to sell devices known by the oil industry as Doodlebugs. The duo claimed the devices they had for sale could help find oil, gas and gold. The ability for it to do so was due to the technology being far more advanced than anything available on the market because it was of alien origin.

During their selling spree, J.P. Cahn from the San Fransisco Chronicle asked for a sample of the metal from the supposed alien devices, but after examination, it turned out to be ordinary aluminum.

It seemed that Gardner’s initial theory was correct. The story was exposed as a hoax when Newton and Gebauer were found to be involved in a fraudulent scheme to sell supposed alien technology that had been recovered from the crashed Aztec UFO. Many of the victims of their scam came forward, including millionaire businessman, Herman Flader, who pressed charges, leading to the two men being convicted of fraud in 1953.

From the time of their conviction to the early 70s, most ufologists avoided the subject since it had been widely discredited as a scheme to sell products that weren’t worth the material they were constructed on. However, later in the 70s, the story was brought back to life when author Leonard Stringfield claimed that the event was not only real, but that the military had captured the craft involved in the incident and stored it away in secret.

Ufologists claimed that shortly after the craft hit the ground, the military cleared away all the evidence, removing the craft and the humanoid bodies inside and taking them to Hangar 18 at Wright- Patterson Air Force Base, the other side of the country, in Dayton, Ohio.

The story later became a much talked about event in the UFO community, but Roswell flew higher up the list of history’s biggest UFO incidents. The world knows about Roswell, but only the more hardcore researchers know about the Aztec incident.

Another piece of the story was a memo that contained a report from Guy Hottel, who was the FBI agent in charge of the Washington Field Office at the time of the event. The memo was never classified and was floating around the internet for some time, but in April 2011, UFO enthusiasts discovered it on the FBI’s vault website. It became known as the ”Hottel memo” and was considered proof of a government cover-up. However, it was later discovered that it was a retelling of a retelling of the the event, as posted by an article published in 1950 in Kansas City local newspaper.

The Wyandotte Echo newspaper article was already a retelling of the story from a local car salesman and radio station advertising manager. Ultimately, the details in the FBI memo can be traced back directly to the initial hoax story. When the story and memo started making its rounds on the internet and with the memo on the FBI website getting over a million hits within two years, the bureau decided to issue a press release concerning the memo, addressing its connection to a possible hoax, they wrote:

“Finally, the Hottel memo does not prove the existence of UFOs; it is simply a second- or third-hand claim that we never investigated. Some people believe the memo repeats a hoax that was circulating at that time, but the Bureau’s files have no information to verify that theory.” 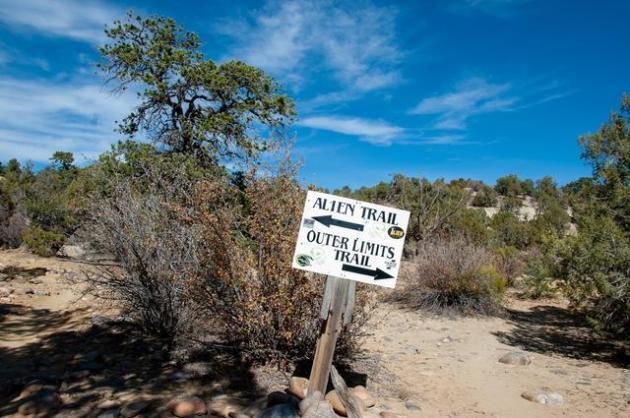 The story was connected to a scam which proved the people behind the story had motive and would have profited from the hoax as well as the authorities claiming they never even investigated the case.

Of course, there is a chance that it really did happen, but I’m going to discredit the event for the sake of this book, which intended to prove we are not alone in the universe. I just don’t feel there is enough substance or evidence to the story to add any value in proving that there is alien life out there.