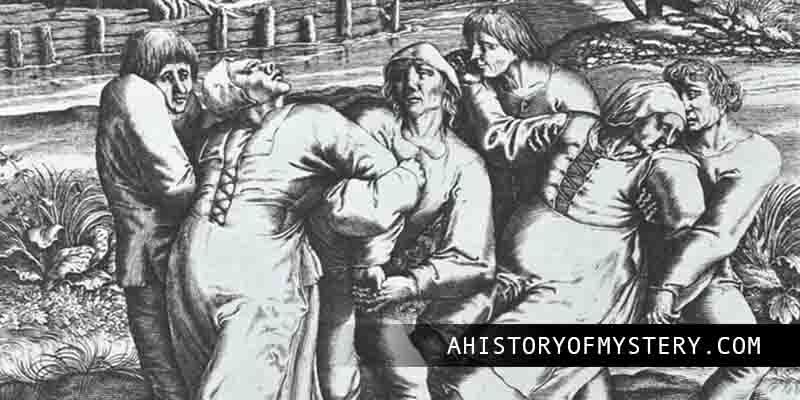 The dancing plague of 1518 was an unexplained event that saw people literally dancing themselves to death. Occurring in Strasbourg, Alsace which is now modern-day France, the outbreak began in July 1518 with a woman spontaneously dancing in a street in Strasbourg. After collapsing from exhaustion, she took a break before resuming her dance frenzy. She danced for days and within a week, she was joined by another 30 people who uncontrollably danced with her despite injuries and exhaustion.

Authorities were notified and attended the scene. Civil and religious leaders came to the conclusion that more dancing was the cure, thus setting up guildhalls, musicians and professional dancers to prolong the unexplained phenomena. This decision only grew the problems and saw around 400 people join the uncontrollable dancing over the following weeks.

By September, the compulsive dancing started to diminish with many as many as 15 deaths a day at the peak. Explanations for the dancing plague of 1518 consisted of the victims being possessed by a supernatural force, however 20th century research into the mystery suggests it could have been food poisoning from rye flour in bread that contained a fungul disease which was known to cause convulsions.

American medical historian, John Waller, shared his thoughts on the plague over several papers and suggested the dancing plague was a form of mass psychogenic disorder.