The Great Los Angeles Air Raid or The Battle of Los Angeles as its become better known, took place on February 24th and 25th, 1942, and is one of the biggest mysteries following World War II.

Just three months after Japan bombed Pearl Harbor that brought America into war, an unidentified object was spotted by a number of witnesses over the skies of Santa Monica and Culver City in California. It was described as a large round orange object that glowed. Just one day after a confirmed Japanese submarine attack off the coast of Santa Barbara, the UFO was initially believed to be an enemy craft belonging to the Japanese. The air raid sirens rang and search lights started combing the skies as they hunted for rumored enemy aircrafts. 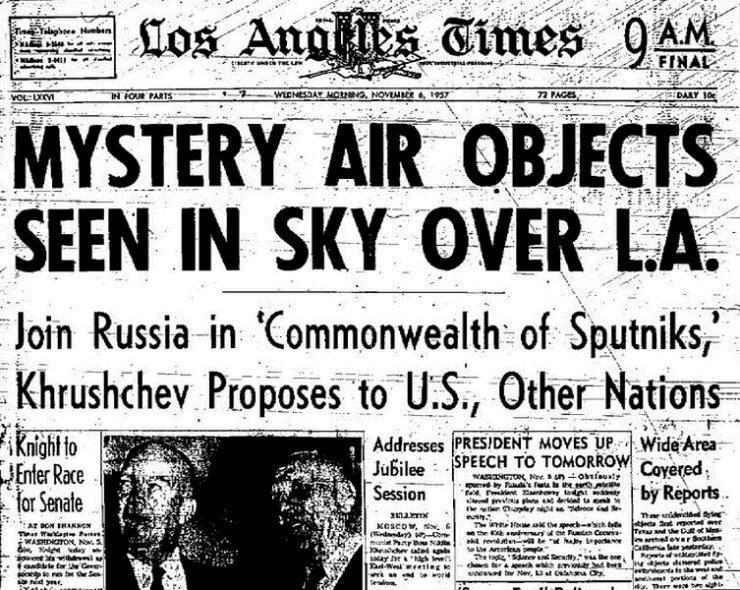 Shortly after the alarms went off, there was much speculation as to the cause. Some suggested that the Japanese were launching planes from a secret base in Mexico while others theorized that they had developed a submarine capable of carrying aircraft. It was even suggested that the entire event had been staged in order to convince defense companies located near the coast to move their operations further inland, but that’s pure speculation and there’s not much evidence to support that theory.

Upon spotting what they believed was an enemy, the Americans gave the green light and a storm of anti-aircraft fire, shooting some 1,400 shells into the night skies over LA, began. However, they had no visible effect on the UFO and after the shots were fired, the unidentified flying object spent thirty minutes drifting south towards Long Beach before vanishing from view. No aircraft was ever recovered. Over 100,000 people saw the object in the sky and six people lost their lives in the event. Three had heart attacks from the trauma and another three were killed by friendly fire. A number of buildings were also destroyed by friendly fire.

The L.A Times and other local media companies, as well as national press, published articles and newspapers on the event, describing it as unknown objects or crafts in the sky. None of which could give a definitive explanation as to what set off the air raid sirens. This gained the event an even wider audience.

The L.A Times also published a photograph which was taken during the hour-long ordeal when the anti-aircraft shots were firing into the skies at the unknown object. The photo quickly became famous in the UFO and alien research community: 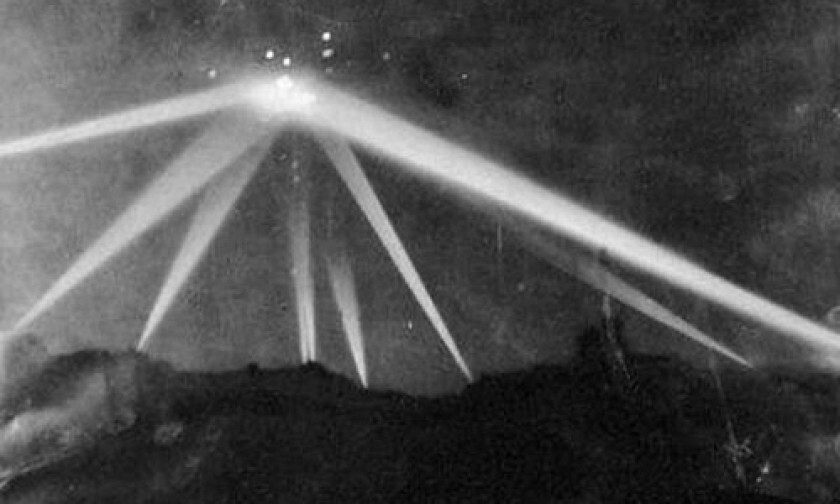 Over 100,000 people were eye-witnesses to the unidentified object hovering over Los Angeles., other reports came in from people who claimed to have seen anywhere from 25 to 200 planes ”swarming” the city. Whether it was just one or if it was 200 crafts, planes or objects in the sky, not a single bomb was dropped and not a single flying object was shot down, despite a valiant effort.

This could prompt people to think that it was just another harmless UFO case, like the Phoenix lights, but because of the military’s reaction and assault on the craft(s), it has had the word ”battle” placed in the title to make it more memorable and to dramatize it for media purposes. It wasn’t really a battle because there was no assault from the air and no genuine threat to Los Angeles. It could have been an extra-terrestrial craft, but there’s no way a man-made enemy craft or a weather balloon would withstand 1,400 shots fired at it from anti-aircraft cannons.

The Army’s Western Defense Command in San Fransisco described the event being attributed to ”unidentified planes” over Southern California, but the secretary of the Navy said the event was a false alarm caused by the result of ”war nerves”.

In 1983, the military concluded the incident and claimed it was probably caused by a stray weather ballon. Ufologists have speculated for decades that the cannons were firing at an extra- terrestrial craft from an advanced civilization. This inspired the movie Battle: Los Angeles. Like in the Roswell incident, the weather balloon claims convinced many people that the Battle of Los Angeles was another government cover-up. Conflicting accounts of the incident from the Navy and War Departments didn’t help clarify matters and only lead to more mystery and suspicion.

The Great Los Angeles Air Raid and the photograph taken was the inspiration for the first major UFO controversy in the United States and it paved the way for many more like it… To this day, no one knows for sure what was over the skies of Los Angeles that managed to completely evade the city’s air defenses.