In 1969, when Jimmy Carter was getting ready to give a speech at a Lions Club meeting when he spotted an unidentified flying object that became known as the Jimmy Carter UFO sighting.

The UFO was witnessed by about 20 people including Jimmy Carter, who became governor of Georgia two years later and served as the US president from 1977-1981.

The speech was taking place in Leary, Georgia at around 7:15pm when one of the guests at the speech spotted a brilliant white light in the distance.

Spotted about 30 degrees above the horizon, this strange unidentified flying object was described by Carter as being ‘as bright as the moon’.

It was said to approached where Carter and the guests were standing, but suddenly stopped beyond a stand of pines trees a good distance away. 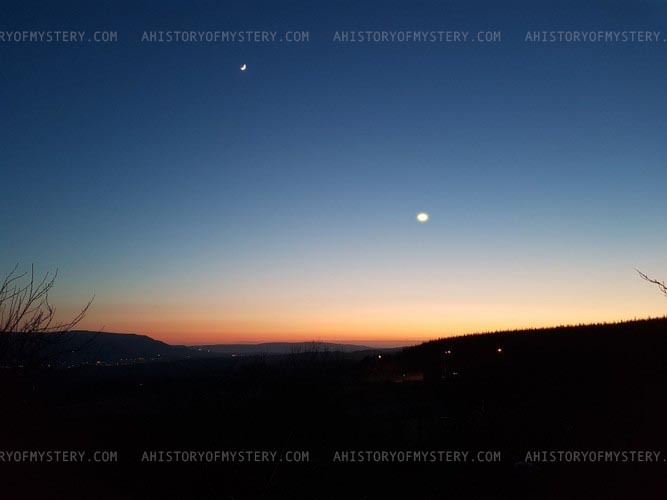 The Jimmy Carter UFO was then said to change color, according to reports. It changed from its brilliant white to blue, then red, before changing back to a bright white. Then it flew off into the distance.

Carter believed that the UFO he spotted was self-illuminated, but wasn’t solid. The Jimmy Carter UFO wasn’t seen again and remains unsolved. In 1973 Carter said;

There were about twenty of us standing outside of a little restaurant, I believe, a high school lunch room, and a kind of green light appeared in the western sky. This was right after sundown. It got brighter and brighter. And then it eventually disappeared. It didn’t have any solid substance to it, it was just a very peculiar-looking light. None of us could understand what it was.

There were no other UFO sightings or reports that resemble the same object or light from the same time. Without actual images, it’s tough to speculate, but it could have been ball lightning, a weather anomaly, something that our knowledge of physics is unable to explain or one of the many things that are commonly mistaken for UFOs.