This incident, known as the Kenneth Arnold UFO, is short and sweet, but it was the first reporting of flying saucers in the United States and is possibly why so maybe people believe that the Roswell and Aztec incidents were considered to be an alien flying saucer. This was also the report that coined the infamous phrase ”flying saucer” and made it a corner stone of the UFO and alien research communities.

On June 24th, 1947, Kenneth Arnold, a civilian pilot, claimed to see nine blue glowing objects that were flying quickly across the sky whilst he was piloting his plane near Washington’s Mount Rainier. Arnold’s report stated that they were flying in a ”V” formation at an estimated speed of 1,700mph. Furthermore, he described their motion as ”a saucer skipping across water”. This description influenced the media and the term ”flying saucer” was born.

Arnold believed that the nine ”objects” were new military aircrafts, but the military confirmed that they had nothing in the airspace near Mount Reiner that day, naming the reports the Kenneth Arnold UFO. 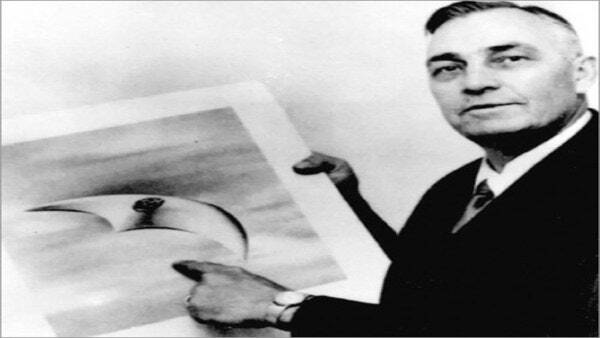 Shortly after Arnold’s report, there were more sightings of the nine crafts, including a commercial flight in Idaho and another by a prospector in Mount Adams.

The U.S Government never gave an explanation for the Kenneth Arnold UFO sightings and simply claimed that Arnold was hallucinating the whole thing. Given the following reports from the Idaho flight and the prospector, it seems highly unlikely it was a hallucination, and he did in fact see something that day.

It’s possible they were military crafts as this was not long after World War II and the military and government didn’t want to disclose any of the new technology they were working on so they just brushed off the reports of flying objects in the sky.

There were no reports of bombings or hostility, so that makes it extremely unlikely that it was enemy aircrafts from another country because they would have had no reason to put themselves in danger on American soil if they weren’t planning an attack.